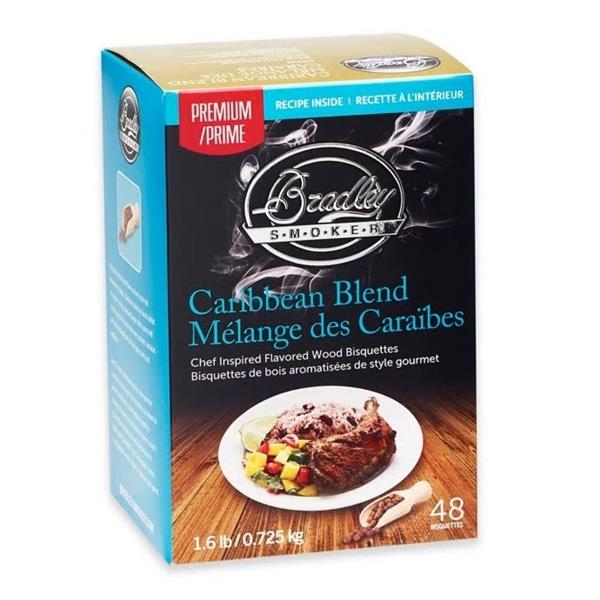 £19.00 (inc VAT)
Out of Stock
Notify me when this product is back in stock
Free P&P on orders over £99
Click n Collect 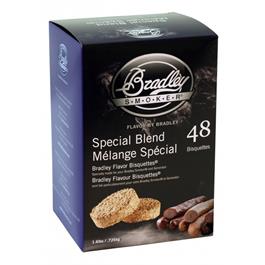 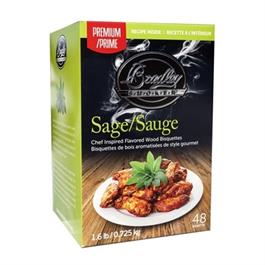 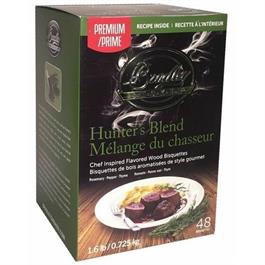 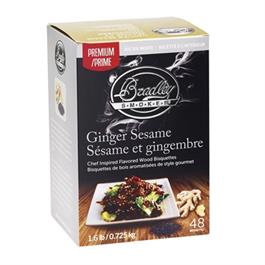 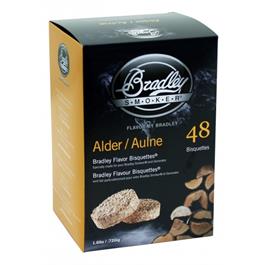 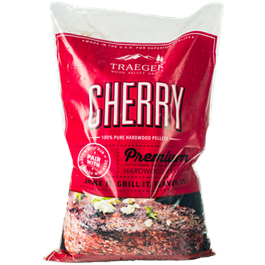 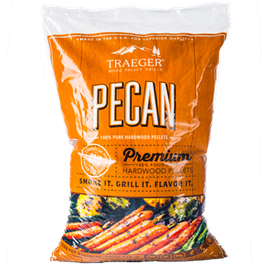 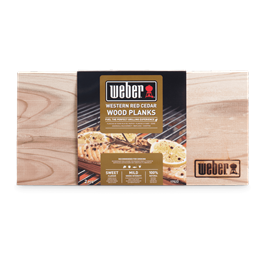 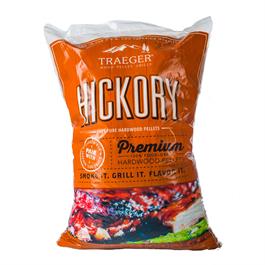 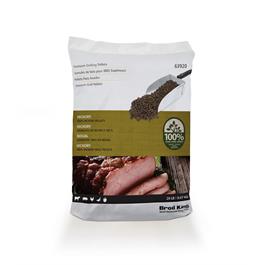 We created the perfect pair by infusing mesquite bisquettes with allspice, a Caribbean staple. With flavors like cinnamon, nutmeg, cloves and pepper.

The key to the success of Bradley Smokers is Bradley Flavour Bisquettes.
To produce the bisquettes, the hardwood chippings are bound together using precise quantities, at controlled pressures and densities.
The flavour of the smoke is determined by the variety of wood being burned.
Alder and maple give a rich and distinct flavour commonly used with seafood hams and bacon.
The stronger and very distinct flavours of mesquite and hickory are commonly used for smoking beef and pork products such as pork shoulders and beef brisket.
Apple and cherry impart a sweeter, milder smoke flavour, commonly used with poultry and wild game meat.

Bradley Smokers burns a flavour bisquette once every 20 minutes, producing a clean smoke flavour. As each is burnt, it is gently pushed from the burner element by the next bisquette, to be extinguished in the pot of water. The cycle continues for as long as the smoker is loaded with bisquettes.
When wood burns, the smoke flavour is produced in the initial minutes of the burn. Once the wood generates enough heat to keep burning on its own, it yields high temperatures, acids, resins and gases. These will distort the flavour and the appearance of smoked food. When wood burns to this stage there is no control over the cooking conditions. With Bradley Flavour Bisquettes the guesswork is eliminated.
Not only do Bradley Flavour Bisquettes eliminate unwanted heat, smoke produced the Bradley way is four times cleaner than smoke produced by identical loose chips burned in a fry-pan or burn-box.

This 48 pack provides 16 hours of smoke.